The So-Called "Necessity of War" ... Do we Believe in War? 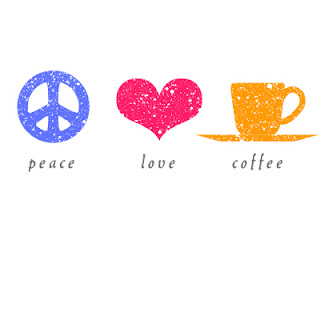 Now there are the three ingredients for a perfect world! Let's just call them the basics, OK?

Even as a small child, war never made any sense to me...and during the '40's and '50's, especially, most Americans just assumed God himself was on our side. Therefore if it became necessary to serve 'God and country' --synonymous terms... one would proudly march to a strange land and kill people one didn't know, to protect our land and our 'freedom.' Being blindly obedient to God and country (government) and never questioning--was indeed, praiseworthy. Now THAT is 'patriotism.'

Now many years later, some people still have not changed their thinking. (I use the term 'thinking' quite loosely) Far too many have made no progress whatsoever in evolving away from thinking in terms of 'violence as being the only answer.'.... You know...The John Wayne philosophy: "Gee whiz, podner, I hate to do it, but I gotta kill ya." Bang. You're dead.

War has never and will never -- be 'protection' from anything, anyone, or any country. War is about believing control and dominance will solve our problems. The need for domination of one country over another comes from the ultimate sense of powerLESSNESS... All of it being Fear Based. If this is not understood ... then one could read books or listen to any one's teaching and it simply would not be absorbed by those who are still totally programmed and mind-controlled. The ultimate goal of violence is NOT power ... but that of self-destruction and self-annihilation....all based on overwhelming Fear...whether or not it is recognized as such. Either people "get this" or they don't. The pro-war people will always find 'justification' for having to go to war.... Some may say, 'it's such a shame but it's a necessary evil' but they are actually afraid to see with a greater seeing or awareness that is based on Love and Allowing.

Unless one believes that one actually does create one's own reality... one will always believe, and therefore find reasons -- for justifying and advocating war. One of the reasons why people refuse to see beyond what they have been programmed to believe -- is because they would be afraid of 'what else' they might 'see.'

As always, in metaphysics, one has to 'bring it home' ... to one's own individual, personal life. Those who believe in the necessity of war because 'they / we have no choice' -- believe all causes are external...that everything is on the 'outside' of them and they are 'victims'. As of yet, they are unable to make the connection between their own personal beliefs and what happens to them externally is a result of those beliefs.

Someone once said "All wars are religious wars" Organized religion _tells_ you what is 'right and wrong' and rarely encourages you to believe in your own power and that 'God' is not separate entity from you. But that's another whole story, eh?

There will always be war as long as people believe there must be. In time, everyone evolves and expands and becomes Aware and Awake... No one is lost in the Yang or the Darkness forever... Those who believe that Hate or Darkness is stronger than Love and Light, do not comprehend what Jesus said quite succinctly! --"It is done unto you according to your beliefs." To0 bad the Church doesn't teach the true meaning of what he said. Christians are no better than Muslims when it comes to glorifying war.... and the Jews just seem to love to instigate... oh well...

I spent much of my time being an anti-war protestor ... but you know what? It's like Ghandi said..."You cannot have peace by fighting for it...You must peace for peace." War will NEVER bring peace. Buddha said "What you resist...persists." One NEVER wins "the war on..."--and that must be a prelude to understanding any of this.

In much of our world 'war is big business'... and therefore we must continue to encourage men and women to "serve their country" ...and then honor and glorify our 'fallen heroes'... Never mind those we have killed~! After all, they are the bad guys, the "wrong" guys and we are "right" guys and "god" is on our side. It hurts to wake up to see the utter stupidity of all of this. But we've no right to point fingers at those 'others'. We all make our choices. As Abraham teaches: We either deliberately create our reality ... or we do so by default." Kind of like overdrive ... Law of Atttraction scans and seeks one's strongest beliefs and simply delivers.

So what can we do? Everything and anything that serves us well in making us Feel Good and connected to Source and the true Freedom that ONLY comes from Love. We KNOW when we are coming from a place of Love. And we know when we are NOT. What we do and how we do it...whatever that may be... is an individual thing. I strongly believe we know EXACTLY what we need to do and what we need to avoid...It's built into us... We can find it once we are willing to let go of the old programming that we dared not question for "fear of God's punishment!" We can choose to allow and bless others to their Highest Good...if we agree or disagree with them... We need only pay attention to our OWN journey and just let others be. We don't attempt to 'save them.' If we do help others, it will just happen. It will be a matching vibratory thing. I have a number of friends that do not understand anything of which I am talking about....and that's OK. We still like and respect each other (most of the time!

) because the Love that is in us all finds a way to ALLOW and Let It Be.

The predominant thoughts we have shape our ideas -- and what we FOCUS on and give our ATTENTION to materializes in our lives. Remember the little statement we kind of giggled at in the 70's: "Think Nice Thoughts" ... well!-- it's not a bad idea

... Another one: "Get Your Mind Off Of It" ...is another goodie... Don't take up permanent residence in the thoughts that make you miserable.

The "News" is our worst enemy. It doesn't "inform" us...it tells you what to believe... As the P's once said: "That's why they call it a News PROGRAM."

and the question we must all ask ourselves is: What do I believe? As Seth once said, in The Nature of Personal Reality: "If you feel you have nothing to do ... sit down and sift through a handful of your beliefs." It really helps us to "see" things more clearly when we are aware of --and admit to honestly --those beliefs that we hold.