Do We Live in a Safe Universe? It's as Safe As We Believe It Is. 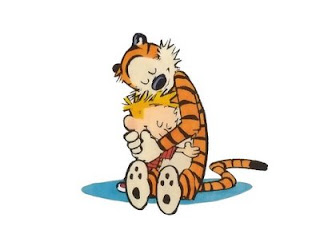 We all want to feel safe. Perhaps we have times when we choose things that are quite edgy and want to live a little dangerously! For some people, it might mean taking up rock climbing; for others stepping out on the edge might mean being brave enough to try out a new coffee shop instead of returning to the one you've gone to for 20 years. We all have different degrees of 'daring.'

The kind of "safe" I am talking about today, however, has nothing to do with attempting new and daring events, but how we feel about our everyday world. Do you believe you live in a safe world? Maybe we all have varying beliefs as to whether or not we believe we are living in a safe universe...What happens to us, however, faithfully reflect our beliefs, even though it may, at times, be difficult for us to understand.
Seth, during one of the early class sessions suggested to one of his students that he not say: "The Universe I live in is safe"...because there most likely would be too many contradictory thoughts arising. He then suggested, "Instead--say "I" live in a safe Universe.." This would remind us that we. then, are in charge of the one and only person we are truly responsible for: ourselves. None of us are here to 'save the world.' What we 'see' in the world will reflect back our strongest beliefs. We pretty much will always find what we are willing to look for. Seek and Ye Shall Find. We need to be a little careful, however, we would 'ask' for.

People who repeatedly bemoan 'this terrible world we live in' are insuring themselves that the Law of Attraction will deliver according to their most dominant beliefs. We empower what we keep giving our attention to, and 'fighting against' and 'resisting' will make those beliefs become stronger, allowing them to be made manifest in our lives. What we are 'usually thinking about' that brings about a lot of emotion -- is a good indication of what our beliefs are. I know one of my own biggest challenges is to be more mindful of what I am thinking about. As Jesus said: "It is done unto you according to your beliefs." Buddha said "Thoughts become things."
Some of you may know of my experience this past week in which I was chased by an rather insane -- definitely very miserable and angry street person. Fortunately for me, I was able to duck into a visitor's car (with an open door) in front of my apartment building and escape the attack... The details aren't important. What IS important is this: "It happened. Period. Even though I may still not see ALL the reasons, many of them have become very clear to me. Taking responsibility for some of them ...as uncomfortable as they make me feel, still provided me with a HUGE release. When something suddenly gives us that painful, uncomfortable twinge...it's because it carries an important element of TRUTH in it for us to look at. That's where "the truth hurts' comes from ...also!--"The truth will set you free"...
I had been concentrating and focusing far too much and with very negative emotion... on what I will call: "the changes in the street personell on Colfax"...hating it, condemning it, and giving far too much attention to it. I _chose_ to believe those people were becoming increasingly dangerous to myself and everyone else. I really hated what I was seeing. The word 'hate' here, unfortunately, cannot be ignored. An important thing to note is: it really didn't make any difference that 'other people' agreed with me. That does not 'justify or excuse' what I chose to 'see' or believe, or make it any more 'right.'
I create my reality. Thanks to what Seth calls "conflicting beliefs" --the visitor's car I jumped into (it had an open door) for safety was not there by 'coincidence,' either. In spite of my poorly chosen focus...I still had a belief in my own personal safety...and that, too, manifested for me.
For a couple of days I continued to feel very angry, hateful, afraid, and paranoid...all the result of being so frightened. I am not saying I didn't have a so-called right to feel what I felt... and I'm grateful I 'understood' that. But I also recognized that I was feeling horribly disconnected from Spirit and so opposite of Feeling Good... I knew I, first of all, had to WANT to feel better. Too bad I wasn't remembering that as I was wasting my time focusing bad thoughts and giving my attention to the 'changing street personell.'
I didn't take an action journey (as Abe calls it) by making immediate arrangements to move. I knew the change had to come from within, starting with wanting or intending__. It also meant I would have to eventually Let Go of my condemnation, my hatred of this man, my judgment and really wanting revenge. Here, too, I was grateful that I have learned (and remember most of the time

!) that the first step would be _wanting_to Let Go of those feelings and emotions. I know I couldn't force them away or 'refuse to ever think them' because that is fighting against...resisting... I was receiving a really good lesson on 'the Universe will do the work if you allow it to' ...and WANTING to Feel Good was KEY to that.
This incident confirmed to me one thing: I KNOW that I truly DO believe that I create my own reality--and that gives me a really good feeling. I am NOT a victim and I do not want to harbor a victim mentality. To keep blaming that man 'for what happened to me' would be to CHOOSE to keep myself stuck in the situation and refuse to heal.
What happened to me (or what I created) does not make me 'bad' either...It happened because I needed to 'learn to see' with more clarity --that "thoughts become things" as the Buddha says. Everything is providing contrast so that we can see what Feels Good and enables our connection to Source...and what doesn't. I finally "get it" about what the Buddha was meaning when he said "Be willing to accept all blame." It means finally recognizing that you DO create all of your reality... even if we may not always understand all of it in this dimension. He didn't mean act like a weak, soppy, dramatic martyr. It takes inner strength to "own it" sometimes....
The P's have often told us: "You can walk amidst destruction and chaos and be safe" ... And that is true. As long as we are focusing and giving our attention to what we are perceiving as "horrible and bad"--THAT is what we are feeding... empowering...and that is what the Law of Attraction has to manifest for us... Two people sitting side by side do NOT have to 'see' the same world to the extent of how it will effect either one.
I can understand why some people might come up with a few "Yeah, but's" as to some of the things I've said. I contend with my own "Yeah, but's" ! All I am saying is this was "my" experience and what happened to me was created by me, my Higher Self, Oversoul, etc (whatever one calls it) because I needed to 'see' what I was doing, and how I was thinking, and therefore what I brought about to help get me back onto a better Feel Good Path again.
We all see "the outside world" through our own beliefs. Everything! Some of us really connect and can understand each other and therefore can 'resonate' with each other's thinking. That is always helpful and indeed very comforting. When we pretty much 'see things' in the same way, our vibrations/frequencies are a good match. When we come across something or someone disturbing...it is usually because there is something in _us_ that we need to address and examine... I cannot continue to blame 'that man' for what he did... I still am the 0ne that wrote the story, created the script, and he acted it out... what _his_ lessons were is none of my business.
I really don't like the word "survivor" when it implies that we have been a victim having absolutely nothing to do with whatever happened. We are CREATORS.. even though so much 'out there' seems like it is wanting to tell us otherwise... No wonder the P's have said: Your biggest struggle will be: to own your own mind.
Row, row, row you boat...gently down the steam...Merrily, merrily, merrily, merrily...Life is But A Dream ... May Our Dreams be happy ones.