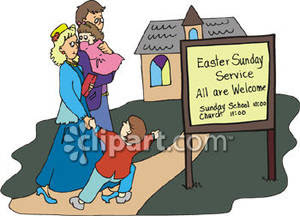 It's close to that 'time of year' again...well, actually one of TWO times a year that many "have to" or "should" go to church.' Christmas is one of those times. Easter is the other.
I have been reading a number of articles lately that say that religion is on the decline in many parts of the world, and almost on the verge of extinction in a number of countries...Predictably, many people would call this a sign that 'situations and people are getting worse.' It's interesting, to me, that countries with low church attendance have the lowest rate of crime compared to the more 'religious' countries. I watched a fascinating documentary last week called "The Dhamma Brothers"...an experiment in teaching the worst of some of the prisoners meditation, inner reflection, and just 'being with themselves.' Crime dropped surprisingly and significantly. When a new Prison head took over and banished this practice because "I'm not gonna let MY inmates turn into no damn Buddhists!"...and insisted Christian religious programs be reinstated...once again prison problems skyrocketed. Thankfully, several years later, this man quit his job, the practice of meditation returned (and was adopted by several other maximum security prisons!) and a huge improvement was again seen.
When I speak about religion -- I am NOT referring to spirituality: which I see as the individuals search within oneself for understanding of the 'bigger picture' of life. Basically religious dogma instills the need to be 'saved'...that without this you are eternally damned; whereas, for the most part, people on a spiritual path are finding and accepting the GOOD within themselves.
I believe that the decline in church/ temple/mosque attendance, means that people are getting SO tired of being told what to think, what to do, what is right, abd what is wrong. Christianity and Islam, especially, are the most adamant in programming and mind control...and do NOT encourage one to believe in oneself (the old born in sin bit)...but 'dogma'tically insist upon the necessity of being 'saved'... In the Christian world, its the extremes that are the worst. (I am talking from a Been There, Done That!!--through MANY religions) Catholicism encompasses hierarchy, with the average Catholic mass attender being regarded as the lowest on the church's totem pole. Its laws, rules, and regulations require strict adherence, never to be questioned or challenged (like going to church to take communion on Easter Sunday

!!) One benefit of being Catholic (for some people) is that you never have to strain your brain to THINK for yourself. Just accept implicitly what you are told is 'right.'
The other Christian extreme spotlights the Evangelicals (The Wild Bunch)...a very rowdy, emotional, and verbal crowd whose main fun and duty!) seems to center around condemning to hell and judging all others who are not of the same mindset as they are. The supreme example being the Westboro Baptist Church.

There is a lengthy list of church types in between these two extremists that show the most decline in attendance. Perhaps the reason for this is: both the extremes are so 'right' it leaves little wiggle room, so as long as you do and think 'what you are supposed to' ...everything is cool and you are in like Flint with God. And many need the security of being 'a member of that IN crowd, ya know...)
I do not consider the Eastern religions (or the Earthen religions--such as paganism and Wicca) as being dangerous to the mind. None of them are monotheistic. I know only the basics of Judaism and Islam...and they simply tend to irritate me. Christians like to accuse Muslims of being dangerous and wanting to kill, kill, kill...and YET...throughout recorded history, Christians have killed many MORE MILLIONS of people 'in the name of their God'..then ANY of the other religious adherents. This is seldom emphasized because of who our world leaders are (the ones we think are leaders, and the ones who really run the show.)
The ancient Egyptians were doing just splendidly until Akhenatun decided to change from Polytheism to Monotheism... this was the earliest in recorded history that says this Pharaoh insisted upon the One God theory. Needless to say, Egypt at that time (which was also the time of Moses) went into a huge 'recession' of sorts: spiritually, economically, socially. After Akhenatun died Egypt went about picking up the pieces and recovered, so to speak, but it was never quite the same.
Scholars still debate the historic accuracy of the Bible. It is filled with so much contradiction. Many religionists are very afraid to see it as anything but totally holy and are afraid to analyze or question any part of it. It's interesting (and somewhat comical) that the so-called one Biblical God...of the Jews, AND Christians, AND Muslims all unwillingly share the origins of this same god;,Very few know the ancient history of this god. He was one of two brothers...Enlil (he wasn't the nice one but had a good business sense) and brother Enki who lost out in getting to be the One God over Earth and its Heaven. They were the sons of Anu. (it might interest some of you that YES...he was / is the god of the Anunaki)...
The Egyptians, in spite of being Polytheistic, DID know that 'whatever' is the very essence, life and movement of the Universe and beyond, ad infinitum --could not possibly be contained by a 'name'...which included the limiting word 'god'... and this Force was referred to as "that which has no name." It was beyond human conception.
Part of the reason why Christians (especially) and Jews and Muslims think they have a 'corner' on "God" who "is on their side!" is that they think so SMALL and see God as a sort of Heavenly Superman...and extremely 'humanized.' They verbally knock each other upside the head with their bibles, 'proving' their beliefs with scripture in some cases...or... with the more 'formal' of religions--have this arrogant "knowing" that THEY have the corner on "the Truth" and are known simply as "The Church."
AND, We all know which of the organized religions claim to be 'God's Chosen' ...and feel no need to argue...While the 'other' group rivals America's ability to want to be at war...And--isn't it strange!?-- ALL of these religions do so in the name of 'serving God and country.' Talk about a Divine Comedy. Its all SO ludicrous...but it can be interesting and entertaining and even mind expanding-- IF-- not taken too seriously. Sadly, though, Fear and Guilt conditioning reign supreme...and the thought of even questioning the beliefs that 'somebody' told you is the one you must accept--becomes blasphemy...and with that, of coursem, comes eternal hell and damnation.
I am a big fan of Joseph Campbell's ...When seen from a more emotionally-detached viewpoint, one can see the similarities between all the religions of the world...some of which far, FAR preceed Judaism...by many thousands of years. We call the former 'mythology'...and refer to our present day stories as 'religion.'
Next: PART TWO. The Good, and Not So Good effects of organized religion on humanity..and how Buddhism and Hinduism and other eastern religions including the NEW AGE movement...fits in to all this conundrum.