All About God: Who is Right? Who is Wrong? Part TWO 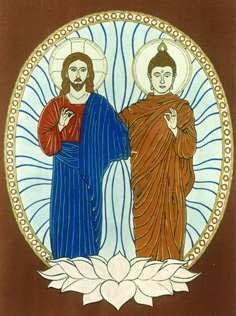 To me, if one is claiming to follow a certain religion -- one should try to emulate its 'leader,' and follow the teachings of that leader.

A lot of jokes have been made about "WWJD"...(What Would Jesus Do)... and yet I see little connection to the thinking, actions, or reactions of people who call themselves Christians to the actual teachings of Jesus. There is, however, a very obvious tendency to obediently follow the man-invented dogma that makes up the 'church rules'...or...following whatever church's interpretation is of scriptures. The "god says" thing. Anyone can prove or disprove anything and everything by 'quoting scripture.' The Bible, to me, has the most mixed up, contradictory, elusive, and intangible stories and lessons to follow. Many claim each word was 'inspired'...so to disagree or question ANY of it is, therefore, "blasphemy," punishable by hell.

I personally believe that the bulk of what Jesus talked about is based on the universal Law of Attraction,; even though out of necessity the wording had to be put into the language (venacular) based on the ideas, beliefs and mindsets of the people during that age. Information is fnally seeping out about the 'missing years' of Jesus and actually scrolls and scripts from India prove that he did indeed spend many years in the far East.
So much of the Christian religious dogma is based on what one should NOT do;... no explanations, of course, connected to 'real life in the present'...Just believe it and don't do it!!...According to church teachings man was "born in sin" and in need of being save from being sinful, dirty, and unclean. Jesus didn't form a church!! -- politicians and people greedy for control and power formed 'the church.'
So many people have no idea what they believe. There usual mantra is..."I don't really know much about anything but I believe in 'God and the Bible.' " Like that utterance will protect them from the wrath of God.
The Bible's 'teachings' can / have been so maniuplated that it can be used to 'prove' or 'disprove' anything. And God 'chooses' certain people to reveal himself to (and they become the so called experts)...so that the scriptures can't be taken out of context: like: "Judas went out and hung himself"..."Go thou, therefore, and do likewise." See what I mean? :) To me, the most aggravating thing Christians hide behind when they get all self-righteous, huffy and puffy, close their eyes and utter "Well, that is not up to ME to judge...I'll let GOD take care of that." They become all gleeful at the idea of God punishing those who disagree with them... Obnoxious fools.

There are comparitively newer Christian religions that are based in positivity formed by souls brave enough to THINK...to break away from dogma....They managed to avoid the hell and damnation and thou shalt nots refusing to use this as their entire basis for forming a church...This grouping of churches are referred to as New Thought or New Age.
Some New Age Christian-based religions have incorporated what is scientifically and spiritually referred to as Universal Laws. (having a basis or 'proof' scientifically displayed via Quantum Physics.) During the 60's...some of these mavorick churches attempted to incorporate Yoga, Buddhism and Hinduism into their 'doctrines' making the whole scene more appealing and more comfortable (less frightening) all the way around. Some of it got absurdly ridiculous--BUT!!--as reflected by the hippie culture of the 60's...it was, at least, WONDERFUL to break FREE of all the dark teachings and just BE...without being constantly threatened.
I had been one of those desparately seeking to get away from the fire and brimstone, fear and guilt conditioning of Christian Churches. What I feel literally saved my mind was coming across the book "The Autobiography Of A Yogi"...a story based on the life of Paramahansa Yogananda... it served as a bridge that my consciousness could accept...but the struggle to get over the programmed fear usually proves itself to be ongoing. Old beliefs never die...we just have to keep making conscious CHOICES as to what we truly WANT to believe.

What about Judaism and Islam? Fortunately I had the sense not to 'embrace' either of them in my search. Islam is also very fear-based. And what can you say about the Judaism...?...How about: they run all the secret organizations that rule the world...The Bielderbergs, the Rothchilds, the TriLateral Commission, etc...and are God's 'chosen ones'. Enough said. Draw your own conclusions (hopefully, you are not afraid to do so...)
If there are those of you who take your spirituality seriously...but not 'religion' per say, and enjoy getting together with your Sunday morning community...GOOD FOR YOU!! I really mean that. Hopefully communities like this will continue to be on the INCREASE...while the threatening dominance of the Shadow Government behind the formal 'religions' are becoming less and less popular. This is a GOOD sign. It is HUMAN AFFIRMING. HEY! --If it makes you feel good -- go for it!! (of course, a lot of good church people will totally misconstrue what I just said!...)
Next week: a spotlight on Buddhism and Hinduism...
In the meantime: