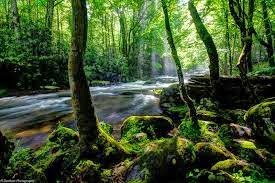 Strange title for what might seem like a bit of a weird article...But maybe, if you read through it far enough, you will relate to what I will be saying.

I have often said that the New Energy is very challenging to deal with. As per always, the conclusions that I come to after pondering (sometimes agonizing) over challenging situations, always finds me returning to the same conclusions: Follow your own heart, your own ideas and beliefs, be willing to take a fresh new look at things, and recognize that what others believe does not have to affect you at all. Nary a bit. Nada. Zip.
Most of us were raised to 'seek approval from others' especially from those that we were told have superior enlightenment....from them down to our peers... and sometimes we even seek approval of those we don't know! But alas, this usually has to do with the cravings and demands of our all ego... (ego as interpreted by Buddhism, as opposed to ego being a mere guidance and survival tool.) Also, we can be so inwardly (and perhaps unintentionally, fearful of 'being wrong' that we feel the need to justify what we claim to believe. Validation from others 'helps' soothe this fear.
I wrote a post on Facebook which described my first reaction to the 4-20 Event in Denver's Civic Park where the Great Pot Smoke Out was held, attended by over 60,000 people blowing smoke. My reaction was one of disgust as I was posting the question as to why can't that many people be motivated to gather to impress government when it comes to making decisions about war, the economy, Monsanto, privacy rights, etc etc etc .... I asked for readers' opinions, knowing I did not 'feel good' about my angry reaction. I knew someone's response would trigger 'an answer' for me...
After reading the very diverse answers from people who claim a metaphysical way of viewing things, I realized that the first person in the long line of responders captured exactly what I needed to hear...  She told me "you KNOW the answer, Betty" ... implying it was already there, inside me, temporarily unrecognized... and that, indeed, was true.
Much of what the responses said is what I knew and agreed with... Some of it I  temporarily put aside because of my initial hostile reaction to this Holy Smoke event.

Thing is, no-one-answer, regardless of how eloquent or convincing some of the responses/answers seemed,  could possibly have applied to all of those 60,000 plus participants. Case in point.
Buddhism speaks of attachment. Not only about attachment to 'things' but to attachment of beliefs and ideas... Seth would caution us to stop taking everything so seriously, and that beliefs are simply thoughts that we keep repeating over and over to ourselves. We have a habit of dogmatizing them into sacred rules.
We all like to think we have the 'right' answers. Many of us were taught there is only 'one way', one 'correct god-sanctioned and approved of' answer. And it's difficult to wrap our minds around there not being a definitive Right or Wrong.
There is 'safety in numbers' so goes the old belief... a feeling of comfort and security in believing that we are amongst that group that offers a feeling of 'protection' belonging to large groups whose beliefs are the same. None of us are totally exempt from this.
The Pleiadians are the ones, I believe, gave us the best definitions of Unconditional Love when they described with just one word: Allowing.
Just ALLOW, in your heart and mind, others to choose and hold the ideas and beliefs that to them is 'right.' It doesn't mean you have to agree!  Not at all!
It just means: Let It Be...Let Them Be...Let It Go...
The times when I have experienced the greatest feeling of inner freedom was when I just plain didn't CARE what the opinions of others were about. This usually means that you 'feel good' enough about your own ideas and beliefs so you do not crave validation (ego calling!) from others. You are also willing to admit to yourself that at some point in time, your present ideas and beliefs might change!
My response to the great smoke-out in Denver was due to a lot of 'old stuff' and apparently to unrecognized beliefs that I realize needed to be Let Go of... It doesn't mean any of us need to approve or disapprove of marijuana. Marijuana is just ONE of many 'hotly debated topics.' It means we should opt to focus and concentrate upon those things that make us FEEL GOOD!..allowing instead of judgmental. Peaceful, joyful, and at ease. We are here to 'take care of' one person...the one we see in the mirror. It doesn't mean we 'shouldn't' get involved...but we need to make sure we are feeling aligned with Source and our true inner self which is free of attachments to all those things we give SO much 'seriousness' to. If our happiness depends upon others, situations, or circumstances to change to suit us ... we will be waiting forever.
This is what I had temporarily forgotten. But...that's ok. As the P's say: Remember!
There is a great benefit in store for us when we really learn to Lighten Up.
And that doesn't necessarily mean to Light Up...ok??

Follow your hearts. As Joseph Campbell so wisely said: "Follow Your Bliss" ...and we each know, in our heart of hearts, what is 'right for us.' We just need to put forth our Intentions to the Universe, to that Source, to help us shine our own Inner Light upon that which we need see...and remember...and follow.