What Didn't Happen on May 21st... Another Viewpoint... 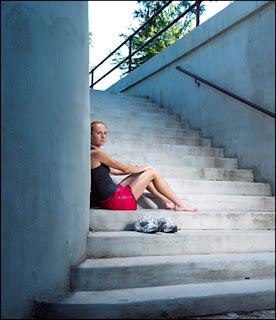 Many of us had a lot of laughs over the to-do of the rapture that didn't occur on May 21st. I found myself, once again, getting very annoyed with any and all types of radical religionist's -- especially the evangelicals who make it clear "they have the truth"!!

After listening to Coast to CoastAM (radio) last night, which was dedicated to talking about this non-event, I found myself a little more sympathetic towards these people that I disagree with on an intellectual level.
In some ways, the people who so vehemently condemned the "rapturists"...are not too much different than the ones they are condemning. It all basically comes from The Dualistic Sources: One is Love and One is Fear. ALL things emanate from one of those two sources. The Yin and the Yang. The Dark and the Light. They BOTH serve us, making it possible (if we are seeking any depth from our own inner truth) for us to see what is serving us well and what is not. Basically ALL is well. We can turn on the Light switch. There is no Dark Switch...however, we can TURN OFF the Light Switch through our CHOICES and remain in the Dark and curse the Darkness, rather than Light that proverbial candle.
We laughed at a lot...The WHOLE WORLD got involved in this scenario! And it's good to laugh...it relieves tension and helps to 'normalize' things. Yet, I couldn't help but feel sorry for old Rev. Camping at times....as well as for those who were so convinced that this prophecy would come to pass. There is one thing we have to give them credit for: they are, at least, not afraid to express what they truly believe in. The average population seems to be more concerned about not being accepted and approved of.
Did we ever think about what caused this gigantic response? -- why it became a world wide phenomenon? I didn't. Not really. I just pawned it off to my usual thinking of: "yet another plot to keep humanity in fear." And some of that could be right. However, there was a side to this ordeal I was ignoring. The "We Are One" side.
On the C2C radio show, Dr Judith Orliff, a psychiatrist who seemed to blend science and spirituality very well, got the point across that Rev Camping and those 'crazy people' ... actually triggered a delicate point within us, --an area of the heart that we do NOT LIKE to admit to. FEAR of 'what is'...and an inner world-wide longing to find solutions and peace.
Admit it or not -- we ALL -- have those moments of saying "I am so tired of it all"...longing to find a quick and easy way out. For many people the solution would seem to be 'winning the Lotto' ... even though we like to appear 'spiritually correct' by saying 'money isn't everything.'

So, in one way, these 'Rapturists' name was Legion ... even though the way they expressed themselves could be totally opposite of what we 'approve' of.... according to our own belief systems.
I think there are more of us (than willing to admit) who might have glanced at our watches when May 21st hit Australia's fair shores...and thought "Whew!...they seemed to make it through OK...ha ha ha 'they' were wrong" ...
I DO believe that we DO create our own reality -- I also believe in different realities and dimensions ... so who is to say that in another dimension this prediction didn't come true?
I think there might have been a little more tale-telling laughter of relief involved than we wanted to admit to. I even witnessed this reactions in the young street toughs on East Colfax as I listened to their remarks. It stirred something within ALL of us.
We all want 'things to be better' ... and as Dr. Orliff said, what the 'Rapturists' did was a highly exagerated version of what we all want: solutions and peace in what can manifest as the very difficult and challenging world we inhabit.
Granted, we don't always feel or react this way. Gradually, we are all finding that the solutions Lie Within us...and to not expect some external source or event to solve all of our problems.
There have been times when I have wished that some Highly Evolved ET's would whisk down in some space ship and beam me up, together with family and friends to some Peaceful Planet. Now. Is there much difference between that and the Rapturists? No. Don't think so.
We are so used to using humor, sarcasm, and sometimes just plain meanness to cover up our own fears. Not saying its 'bad'... just saying... Maybe we need to individually attend to what brings us Peace and Joy from a more loving point of view. Condemning others will never do that for us. Instead, maybe we should consider, as the Beatles song so wisely says: _Let It Be_. ALLOW others to have their points of view.
Our choices stem from those two fountains: One is called Love...One is called Fear. Condemning others for WHATEVER they do just because we disagree with them does NOT bring us peace...it only temporarily gratifies the scared and insecure Ego. I have to constantly remind myself of that.
We always have a choice. Which do we choose?
Namaste'