Being Willing To Let Go of Problems...do we want to? 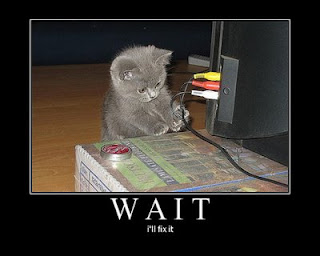 I am not real sure about how much that cute picture will relate to this article...but I think I can make it 'fit.'