When People Do Not Want Freedom 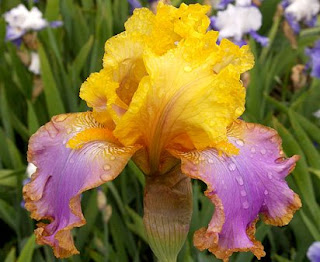 "When people are convinced that the self is untrustworthy, for whatever reasons, or that the universe is not safe, then instead of luxuriating in the use of their abilities, exploring the physical and mental environments, they begin to pull in their realities to contract their abilities, to overcontrol their environments. They become frightened people and frightened people do not want freedom, mental or physical.
They want shelter, a definite set of rules. They want to be told what is good and bad. They lean toward compulsive behavior patterns. They seek out leaders - political, scientific or religious - who will order their lives for them.
"Session 834, "Individual and the Nature of Mass Events" Seth / Jane Roberts

It's hard to believe that anyone...anywhere...would not want freedom. As Abraham says: "The basis for life is freedom." It's hard to believe anyone would actually choose to relinquish their freedom (or choices) to anyone else. You might know or recall someone of whom this behavior is true. We all have known people who are co-dependant upon one another. Our responses and reactions to people who always seem to rely on another telling them what to do, is usually disturbing. Could this ever be true of us?
Even though it is not part of our innate good nature to want others to tell us what to do, how to act, what to think or say, or how to perceive anything, we were born into a society in which this is accepted as "the right thing to do." From the time we were toddlers, we were 'told what to do and how to act.' Fortunate are children whose wise parents encourage them to experiment and think for themselves and to TRUST their own judgment. Our parents or elders usually meant well. They simply followed what they were taught.
I truly believe that everyone reading this has grown spiritually by leaps and bounds...and that we have more frequent and prolonged periods of being Awake, "seeing" what obstacles we have overcome and recognizing those things we are still in the process of overcoming. And we will! We are learning to trust in ourselves, believe in ourselves, and LOVE who we really are! Not some phoney, fake, idealized goofy version of a 'perfect me'...We know better now. We are in a constant state of 'becoming.' We are finding that other people's opinions simply don't have that same hold over us. And, for the most part--we allow others their really weird opinions!

That is true freedom.
This means we are overcoming our own fears. To say we have no Fear is to be in denial and refuse to examine our own thoughts and reactions. When we get to the point where we no longer spend a lot of time worrying about 'what he or she or they might think, say, or do' we continue to be even more Awake..Fearful people who are worst off, are those who need to continuously ask others 'what to do' do so for two reasons: First: The person believes the other is 'better' ...and Second: He or She will think that this 'better' person will like or approve of them more by their flattery.
Vibrationally people will always find just exactly who they need to teach them by mirroring back to them .Sometimes it can be very painful to experience. Law of Attraction just "is". People who are fearful of thinking for themselves and making their own decisions -- will always draw to them people who HAVE A NEED to boss them around. Both sides are going through inner turmoil.
Those who 'need' to be abused will always find an 'abuser' ...even though this happens unconsciously. Those who believe they deserve to be treated well, will attract people who do so. When we start to Awaken and realize that our thoughts and emotions are creating our reality, we will stand at the threshold of a doorway that has a sign over it, saying: "Believe in Yourself, Think for Yourself, and Love Yourself" and we will DO it! With the energy being SO strong as it now is, and Time seeming to go SO fast...we need to, more than ever, center ourselves, meditate, slow ourselves down, know what our priorities are and stay with them . As the P's say --Your Intentions are most important: Intend JOY, SAFETY, CLARITY, and HARMONY... and let your mantra be: "I am always in the right place at the right time, saying and doing the right thing."
Those who know that the Power they are seeking is inside of them...know this is true and know this 'works.'
Namaste'.